The Linzi O Band started out as Caliente. This is the bands original first bio that was sent out to media.

Linzi O and Caliente! produce a compelling style that borders and shares influence from funk, latin, hip hop and jazz.

Linzi O was born and bred in Sydney’s inner-city, the son of a keen and accomplished musician. The inner workings, and the playing of music is a natural and developed talent for him. His passion for music has also led to long standing friendships with industry greats such as Carlos Santana and Lenny Kravitz.

The band has developed a strong and loyal following.

You can see the advertisement below for the debut CD in the Bondi Junction local newspaper. 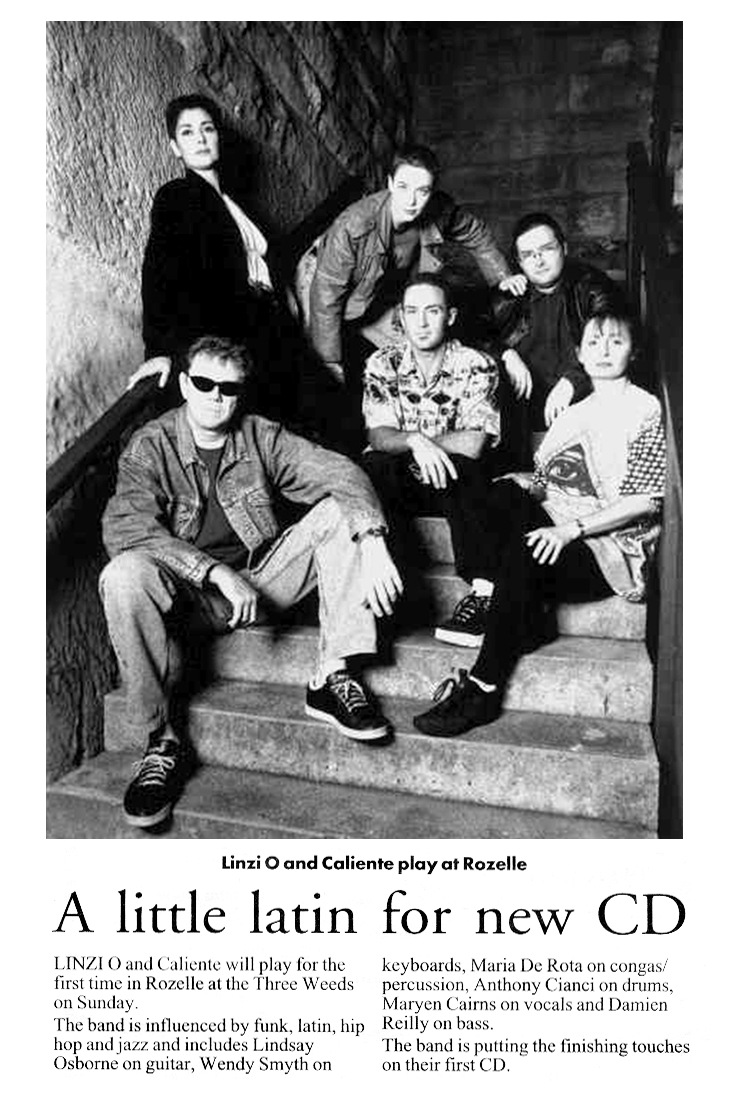